“At first, it was kind of weird to think of a soul mate; Ioanna kind of made that happen for me. She made me believe!”

Joanna and Petros had always known each other. They have seen each other from time to time in their tight-knit Greek community in Chicago, but they have only really connected in a different level at a pizza shop.

He couldn’t believe she had blossomed into a gorgeous woman of his dreams – and to top it all off: she shares the same humor, they would finish each other’s sentences, she makes every moment together comforting….and weirdly enough, even have the same “idiotic” (his words) way of handwriting style!

To them, a wedding should be bringing strangers together and making them into one big happy family so it’s no wonder that this laid-back couple started their married adventures by bringing all their people to Greece!

All were treated to sumptuous Greek meals, sights, laughter, and culture as they pay homage to their heritage and guests from different parts of the world.

It was all unforgettable!

Thank you, Ioanna and Petros, for letting us be part of your big family, your adventures, and your great start of your marriage! Here’s to your exciting married life milestones ahead – you truly are made for each other! ❤

CREATIVES
OF THE DAY

Ioanna (the bride)
REVIEWS FOR THIS FILM

“It got over 10,000 views on Facebook and people come up to me a year later saying it was the best video they have ever seen!”

“Words do not describe my experience with Dax and Pao- Amazing doesn’t even do them justice. Not only do they produce the best wedding videos I have ever seen, but they are so easy to work with, extremely considerate of your money/needs, do an amazing job figuring out who you are and what the best video style would be for you.

Sorry for the long message but here is my story with them:

I previously met Dax and Pao at a wedding where they filmed my best friends wedding. I got to know them during the day and they made me feel so comfortable when filming (think no pose-y/lame look at the camera shots). The video they created for my friend was unreal.

Flash forward two years later it was my time to get married, and it was a destination wedding in Greece. After looking at many videographers, I couldn’t find one who would create the video Dax did for my friend, and also expensive for a stupid video. I reached out the Dax to see if they would be interested (CRAZY I know, why would you fly in a videographer to a different country, but I thought I would give it a try), Dax was so considerate of our budget and was willing to work with us to make it work. We booked Dax confident our wedding would be filmed in good hands.

Once we booked Dax, they sent us an amazing gift with a book and wedding must have kits. I mean honestly- what an amazing vendor. We Skyped (we live in Chicago) to get to know them and so they could get a feel of the type of couple we are. Wedding week arrived and they met us in Greece- They filmed us on three different occasions (the day before pre-wedding video, rehearsal party, and the whole day of the wedding to the wee hours of then night aka 4am.

We got our 5 minute recap video 4 weeks after our wedding, with the ability to tell him what we wanted to add or change. It got over 10,000 views on Facebook and people come up to me a year later saying it was the best video they have ever seen! Not going to lie- it is one of the best wedding videos- it’s like watching a movie, and re-experiencing the whole weekend in 5 minutes.

11 months after our wedding we received our fully edited documentary film which was 45 minutes plus entire coverage of our church service in the same style. It came in a beautiful box, with candy and an amazing thank you note. I mean why are they thanking us? WE THANK YOU!! I will never stop recommending them to everyone I meet. You will not regret using them- I am a very picky person, coming from me that says A LOT!” 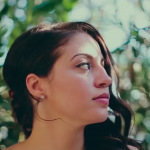 "Dax and Pao are, without question, the best videographers out there!!"

Not only are they wonderful people who are engaging, thoughtful and fun to work with, they have an exceptional talent. They exceeded all our expectations of what we thought a wedding video would be. ...They treat you like you are the only couple they are working with. It was by far the best decision, hands down. Their talent, passion, and attention to detail are unparalleled!!

"I never thought I would come out of my wedding day wanting to be best friends with our videographers!"

They are so genuine and sweet. Their energy is so mellow and calm, which is exactly what you need on your wedding day. We were really nervous about having photographers and videographers in our face all day because, like most people, we're not used to that. ...They have a way of sinking into the background yet still manage to get most epic footage.

"Amazing doesn't even do them justice."

Not only do they produce the best wedding videos I have ever seen, but they are so easy to work with, extremely considerate of your money/needs, do an amazing job figuring out who you are and what the best video style would be for you.... You will not regret using them - I am a very picky person, coming from me that says A LOT!

"Their films speak for themselves, but what you don't know is how amazing they are to work with."

They make you feel comfortable, give direction, and keep you laughing throughout the process. My husband and I absolutely LOVE Dax and Pao. ...They are truly gifted, love what they do, care about the bride and groom and are two of the nicest people we have ever met. If you want an amazing videographer, this is your team!!! You will be so happy you made the decision to work with them.

“Dax and Pao made us feel at ease. We didn't feel like we're just a number - they were just as excited as we were for our wedding!”

You know with other vendors, you’re just an income. A wedding only happens once-in-a-lifetime, and we felt Dax and Pao sincerely treated our wedding with importance. We went with them for their talent, their character, and how they take care of their clients.

They are so easy going, friendly and beyond talented. They made us feel so comfortable like we were being filmed by friends we've known for years. ...This team is worth every penny and then some!
VIEW MORE LOVE NOTES
- Roya T. | A DVF Bride 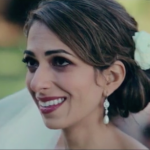 LIKE OUR VIBE + THINK WE COULD WORK TOGETHER?
EXPLORE — THE — EXPERIENCE
EXPLORE NOW
Watch the
Films